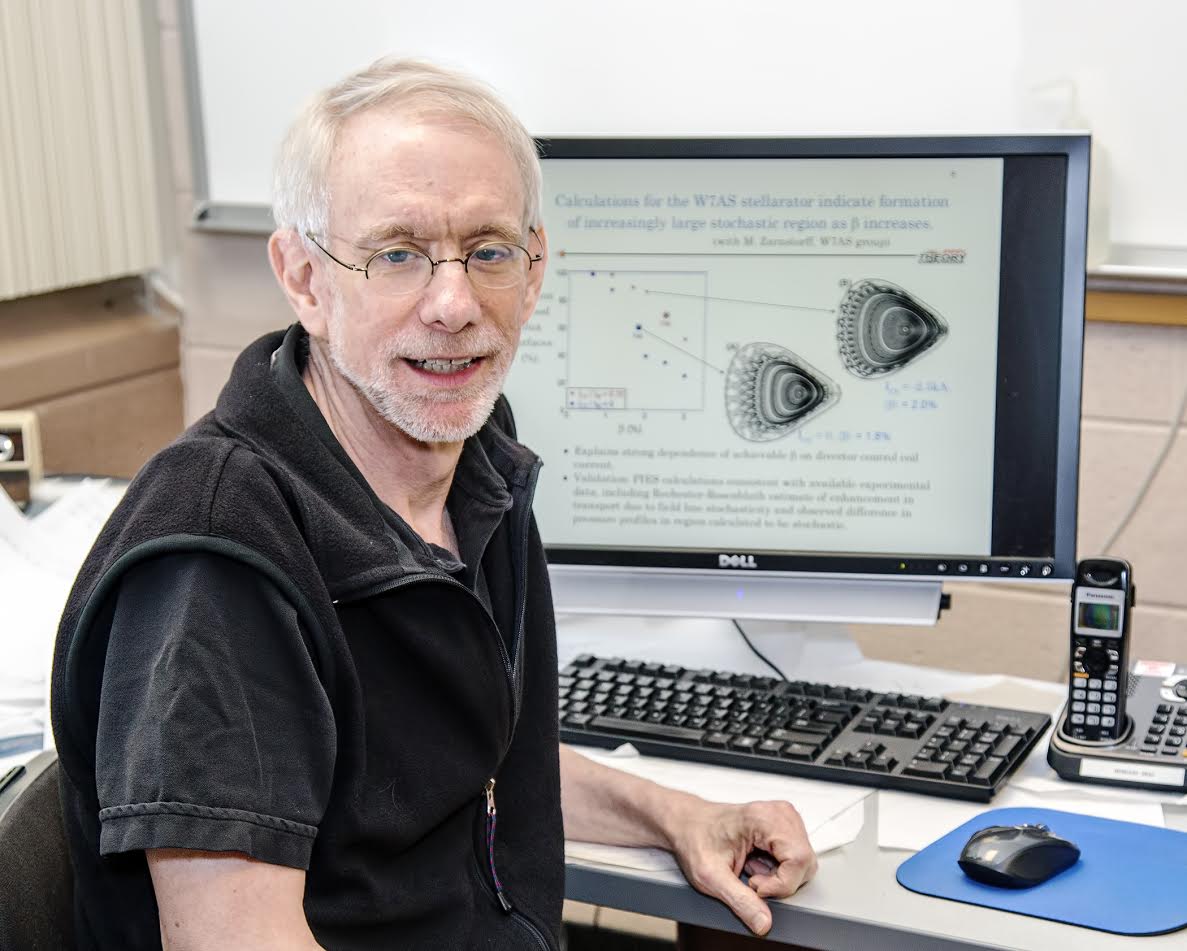 Allan Reiman is a Principal Research Physicist in the Theory Department, a Distinguished Research Fellow at the plasma physics laboratory, and a Lecturer with Rank of Professor in the Department of Astrophysical Sciences at Princeton University. He received his BA in physics summa cum laude in 1971 from Harvard, where he was among the 1% of his class elected to Phi Beta Kappa in the junior year. An NSF graduate fellow in the physics department of Princeton University, he received his Ph.D. from that department in 1977. He held a postdoctoral position at Cornell University and a staff position at the University of Maryland before joining the Princeton Plasma Physics Laboratory in 1981. He is a Fellow of the American Physical Society.

From 1997 to 2000 he headed the plasma configuration design group for the National Compact Stellarator Experiment (NCSX). (The project was canceled in 2008 after about $90 million was spent on construction.) He was acting head of the Theory Department for eight months in 2009 & 2010. Dr. Reiman has made numerous research contributions to theoretical plasma physics and applied mathematics in the areas of nonlinear waves, soliton solutions of nonlinear partial differential equations, energetic ion rings, turbulent relaxation of plasmas, three-dimensional effects on divertors, and nonlinear three-dimensional magnetohydrodynamics (MHD). He wrote the first paper showing how rf current drive could be used to stabilize tearing modes. He is co-developer of the three-dimensional MHD PIES code, which is widely used internationally. He has been a consultant at Science Applications, Inc.