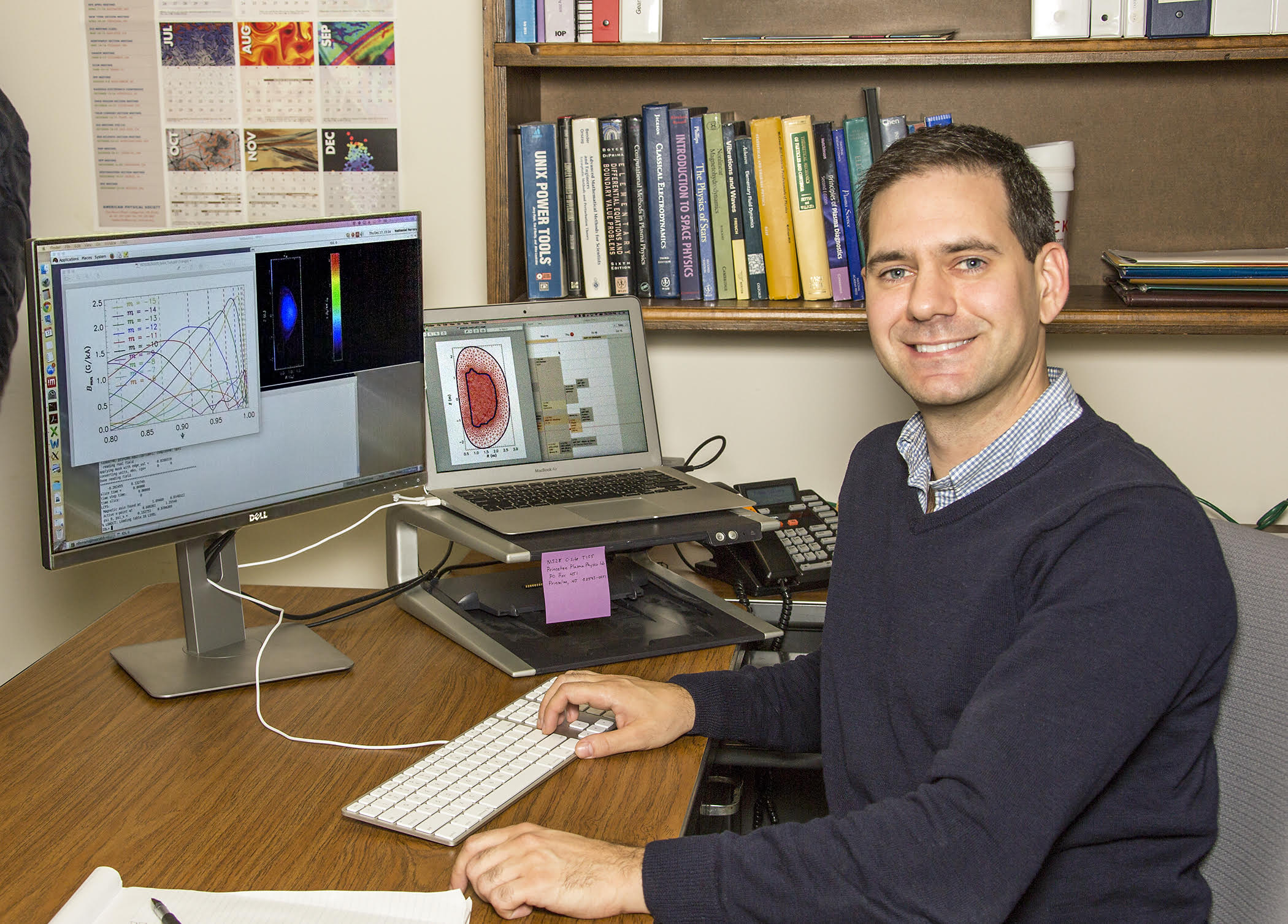 Dr. Ferraro is a Research Physicist in the PPPL Theory Department. Dr. Ferraro received a BA in Mathematics and Physics from Dartmouth College in 2002, a MS in Physics and Astronomy from Dartmouth College in 2003, and a PhD in Plasma Physics from Princeton University in 2008. Prior to joining PPPL in 2015, Dr. Ferraro was a DOE FES postdoctoral fellow (2008-2011) and research scientist (2011-2015) at General Atomics. He is the recipient of the Physics and Astronomy Chair's prize (Dartmouth College, 2002) and the Charlotte E. Procter graduate fellowship (Princeton University, 2006).

His research is focused on modeling the macroscopic equilibrium and stability properties of tokamak plasmas, with particular interests in understanding the suppression of Edge Localized Modes (ELMs) with non-axisymmetric magnetic fields and in modeling the dynamics of disruptions in tokamaks. Together with Stephen Jardin, Dr. Ferraro is the primary developer of the extended-MHD code M3D-C1, which has been used to model diverse phenomena in both fusion and astrophysical applications.